When looking for a box fan one of the most important factors in finding the right one is the Airflow. Having a high CFM box fan will help you with your cooling needs.

There are of course other factors you may want to consider, such as power usage and airflow efficiency, but having the most powerful box fan may not necessarily mean it will be the best fan.

So below with have compiled a box fan CFM comparison table for easy viewing including the popular Lasko box fan CFM.

There may be a bunch of fans you have found not on the list and it is likely because there was no CFM listed, feel free to drop a comment below if there may be one missing.

Unfortunately, a number of companies do not specify their box fan CFM  so it is hard to compile a large, thorough list.

If what you are looking at does not specify the CFM call the manufacturer’s customer service and ask for an estimate CFM for that model.

We try to have accurate CFM ratings but always check with the manufacturer to confirm.

Below, we have taken the highest speed setting for the CFM rating. 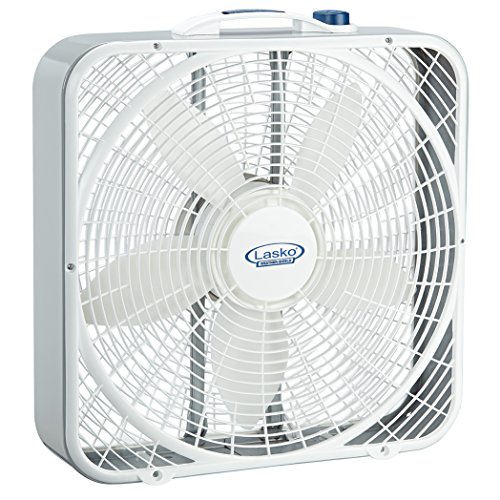 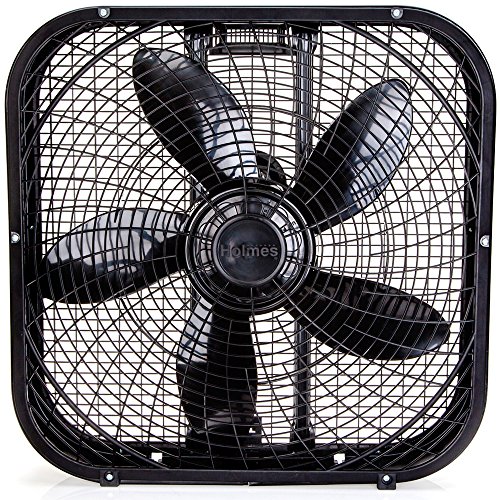 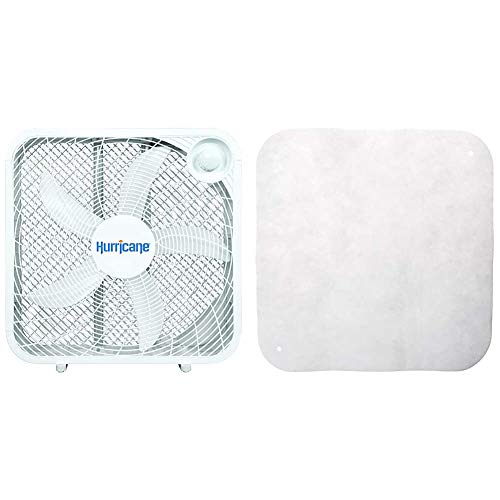 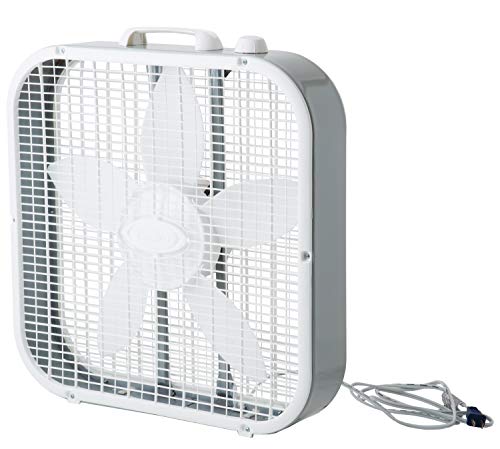 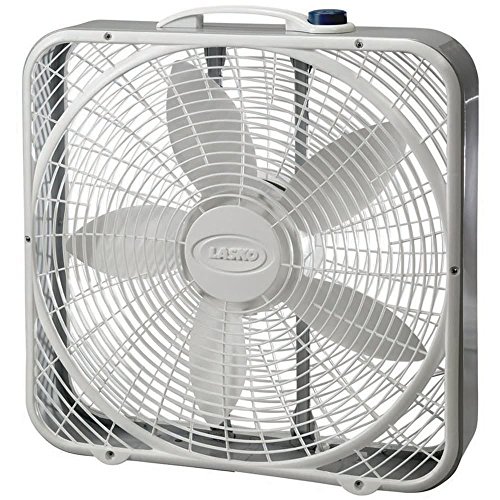 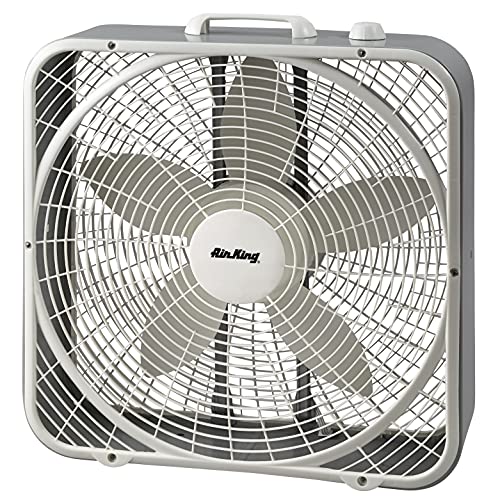 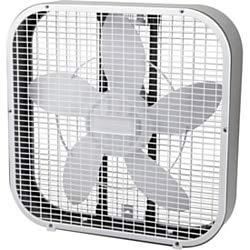 Which is the most powerful high CFM fan?

This is about the peak CFM for box fans there are not really super powerful box fans, or industrial box fans, like other variants of fans and if you were looking for a fan with higher CFM you could look at a floor fan, or perhaps a window fan or attic fan may suit your needs better.

Box fans have comparable if not more CFM on average than your typical attic fan which ranges from around 450CFM – 1600 CFM.

There are also a number of other different types of fans for cooling your home that might be suitable as well.

In general, you can expect box fan CFM to range from around 1100 CFM to 2500CFM for an average 20-inch fan. Most box fans will have 3 speeds at the CFM rating is estimated on its highest speed.

If you are looking for a large box fan, depending on your intended use, you might want to start thinking about a different kind of fans, such as a standing fan, or floor fan.

They are much more powerful.