What does an Ionizer do on a Tower Fan?

A tower fan is sometimes a necessary investment when you need to keep a moderately small area cool.

However, what good is a fan when it keeps you cool, but continues to blow around all the impurities in the air around the room?

This is why a lot of tower fans nowadays include something called an Ionizer.

So what does an Ionizer do on a Tower Fan? 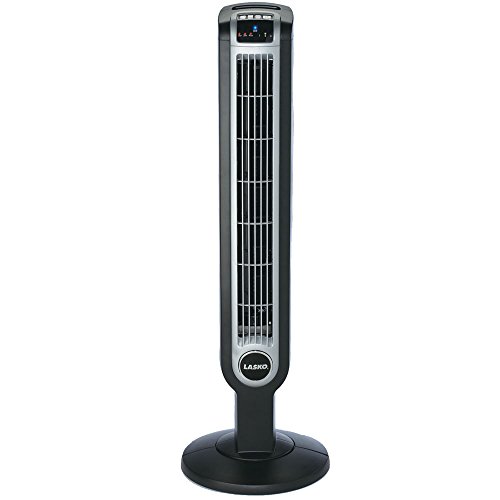 Negative Ions help to purify the air by capturing even the most minuscule of contaminants, including pollen, mould, soot, dust, pet dander, and even odours, viruses, smoke, and chemical toxins.

Thus a tower fan with an ionizer is aimed at those who have any allergies, asthma, or chemical sensitivities. The ionizer unit is located within the fan. In addition to the purifying benefits these charged particles provide, they have also been found to reduce static electricity, fight fatigue, and improve your overall mood.

We take in negative ions when by large bodies of water, while in the mountains, or even taking a shower. (However, the possible contaminants in our everyday tap water may offset the benefits of the negative ions you receive while in the shower.) They have also been shown to improve quality of sleep, decrease stress levels, and relieve symptoms of depression.

The negative ions released from Ionizers contained in tower fans also help to counteract the actually negative effect that positive ions can have on our health. Positive Ions are emitted from computer monitors and wifi signals, vehicle fumes, and more.

They alter our brain waves, produce feelings of fatigue, cause an increase in hypertension, and have a harmful overall effect on our health and therefore, our moods.

When the negative ions released from the ionizer come in contact with the positive ions in the air, such as bacteria, dust, pollen, smoke, and other allergens, the two kinds of ions bond to one another, forming dense particles of dirt that cannot float in the air.

These heavy dirt particles either drift to the ground to be swept up or vacuumed away, stick to surfaces within a room to be dusted away, or they collect on an electrically charged collection plate that is located near the ionizing system.

Though ionizers sound amazing, it is worth noting there seems to be conflicting information on whether they are beneficial and often, people may not notice any tangible difference. Some ionizers produce ozone which is detrimental to your health, so be sure to check if your tower fan ionizer does or not and check out our guide to the best tower fan.